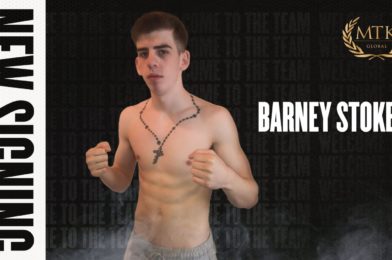 As an amateur, Stokes had plenty of success, with the Burnley boxer having over 60 fights and representing England, winning titles at schoolboy and junior level along the way.

Boxing has been a key part of his life since birth, as his father, Edward, won several amateur titles with Repton Boxing Club, while his brothers – Tom, John and Edward – have all boxed too.

The 19-year-old will now enter the paid ranks under the guidance of MTK Manchester’s Johnney Roye, and Stokes is relishing the new opportunity.

Stokes said:“I am honoured to be part of MTK Global as they are the best in professional boxing and I know they will push me to reach my goals.

“It feels great to be alongside some huge names. The boxers they have are some of the best in the world so it makes me very excited about what I can achieve as a boxer.

“I am from an Irish traveller background and I have boxed since I was seven. Boxing runs in the family. My grandfather, father and brothers have all boxed.

“Outside the ring I would consider myself a very nice jolly fella, but when I enter the ring it’s almost like I flip a switch and become somebody’s nightmare.

“Boxing has always been my greatest passion and main focus in life. My goal was always to become a professional boxer. As an amateur boxer I had over 60 fights, won a schoolboy title, a junior title and a gold medal in the tri-nations. All of those were achieved before I was 16.

“Becoming a professional boxer is something I have always wanted. I look forward to working with MTK to reach my full potential, and within the next 12 months I hope to have a good amount of fights and experience under my belt so that I can start putting my name out there.”

MTK Global’s Johnney Roye added: “We’re pleased to welcome Barney Stokes to the team. He’s been training at the MTK Manchester gym for a while now and looks to have a very bright future ahead of him.

“He is the latest talented youngster to team up with MTK Global, and I’m really looking forward to seeing what he is capable of in the paid ranks.”

News on when Stokes will be making his professional debut will be announced in due course. 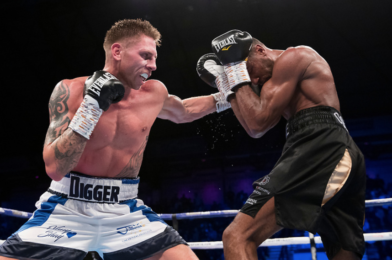