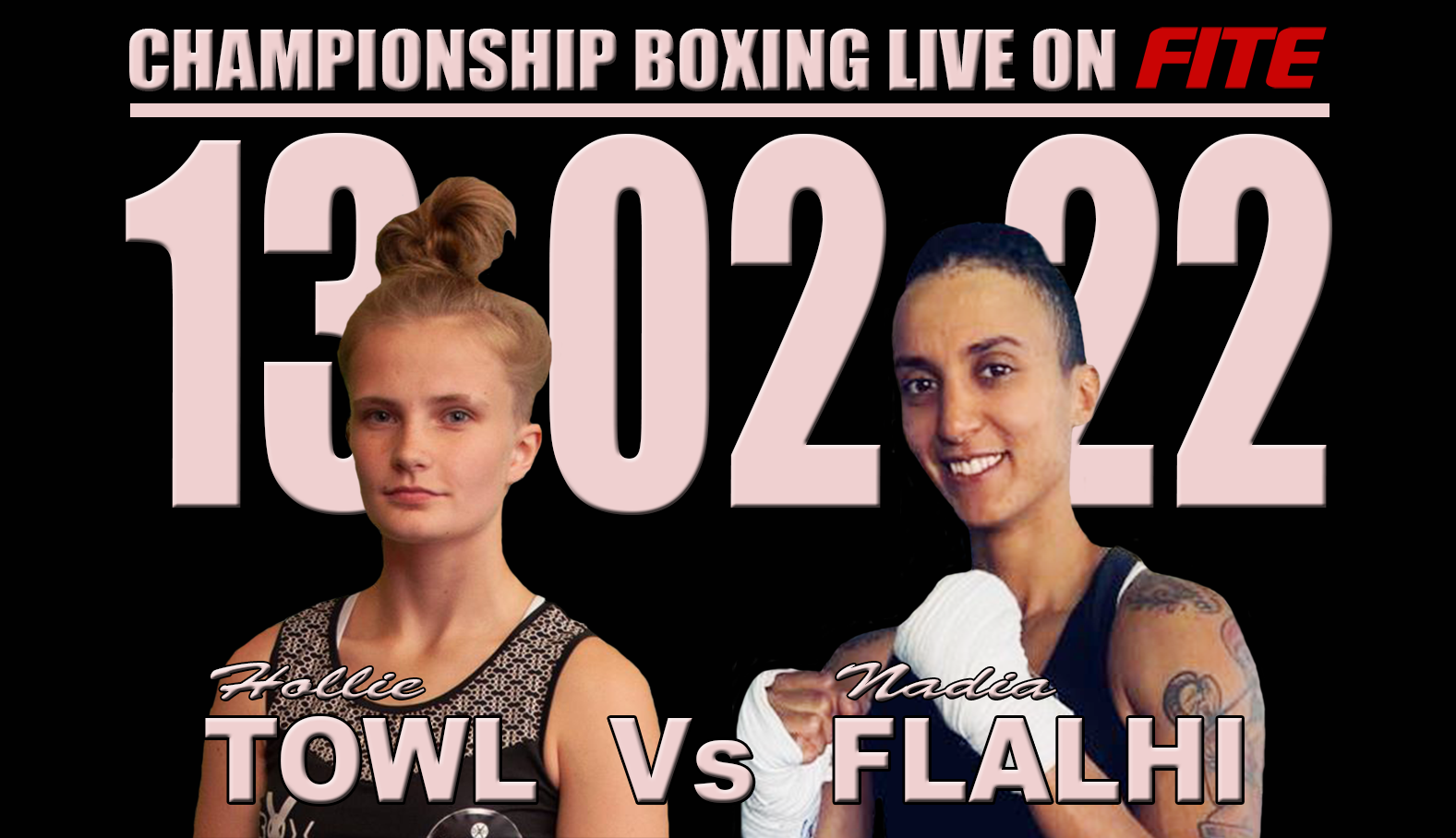 Towl, at just 18 years of age is already the youngest reigning World Champion, of either gender, having secured the Women’s International Boxing Association (WIBA) Featherweight World Crown with a victory over Argentina’s Cristina Del Valle Pacheco back in September 2021, now has her eyes firmly set on becoming the youngest two division World Champion and this weekend’s challenge against Flalhi, for the European crown, is the first step for the exceptionally talented young star in achieving her dream.

The lucky fans that have secured tickets for the SOLD OUT event, that takes place in Worksop, Nottinghamshire in the UK, will be treated to an afternoon of action, as besides the Towl Vs Flalhi European Title fight, there will be five further contests featuring local talent.

Fellow Middleweight Cameron Moran will be looking to take his record to 2-0-0, when he faces Zahir Bennett, and exciting unbeaten Cruiserweight prospect Alvis Berzins faces a late replacement in Owen James.

Debuting Super Middleweight Luke Wight is set for a baptism of fire when he faces the highly experienced battler Richard Harrison and last but not least fellow pro debutee Jayden Harris is sure to have an action packed maiden outing as he is set to go toe-to-toe with Belfast’s Marty Kayes.

To book your personal ringside seat go to www.fite.tv