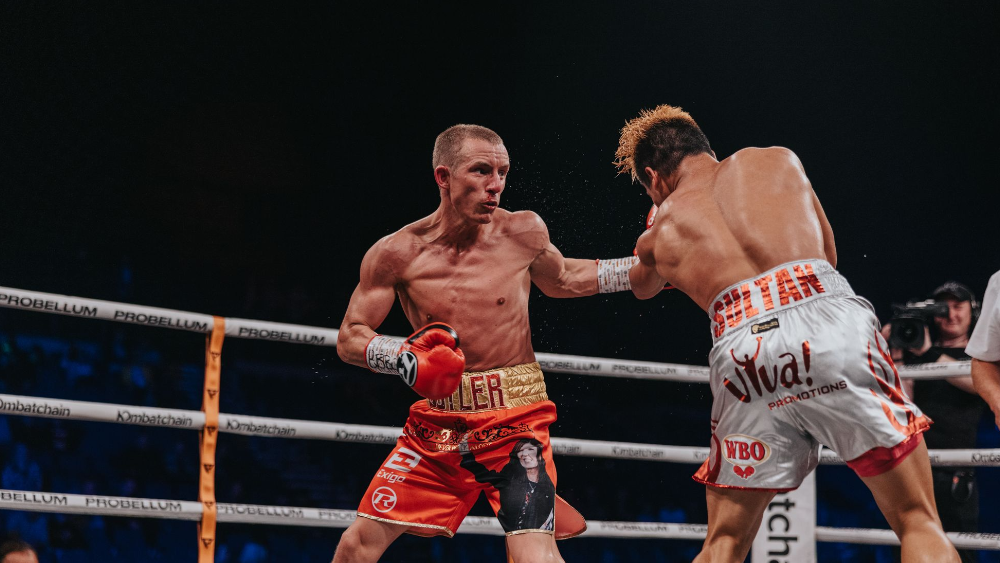 Paul Butler has described the “unbelievable” feeling of becoming a two-time bantamweight champion of the world.

The expectation is that the WBO will officially elevate Butler to the full champion and the 33-year-old and his fans are this evening celebrating him becoming a two-time title holder.

Butler won the IBF crown in 2014 but soon relinquished his belt to chase honours at super-flyweight and he admits it has been a “long journey” to get back to the top of the 118lbs division.

The new champion said: “It’s unbelievable, what a feeling!

“I have waited a long time to be a two-time world champion.

“It’s been a long journey and we only had 48 hours to come up with a gameplan for Sultan but that’s what I can do.  I nullified the bull tonight.”

Peter McGrail has warned the super-bantamweight division that he is only going to get “better and better” after recording a third straight stoppage win.

The Liverpool star halted Uriel Lopez in the fourth round after overwhelming the Mexican with yet another masterful display.

McGrail, now 4-0, said: “I am going to keep getting better and better.

“And hopefully, in the future, there will be some big nights coming to Liverpool.  We’re the next stock coming through, and we will be bringing world titles back to this city.”

Probellum’s Sam Jones added: “That was a great decision by the referee to stop the fight, Lopez was taking a lot of damage.

“This guy will be selling this arena out very, very soon and he will win world titles in numerous weight divisions.  Get behind Peter McGrail – what a fighter!”