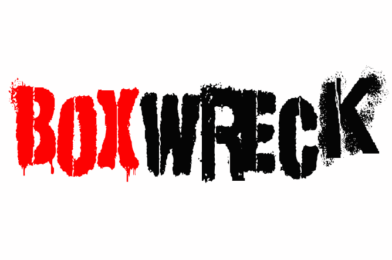 This particular case – Download or view case files here – relates mainly to an event that took place at the Arabian Ranches Golf Club in Dubai in April 2021, and highlights that Boxrec are suppressing results submitted by numerous commissions around the world, something that Mike Mazzulli the President of the North American Association of Boxing Commissions (ABC) has known about for a long time, but constantly has failed to deal with.

Back in 2016 Gianluca Di Caro, Vice President of the British & Irish Boxing Authority (BIBA) highlighted Boxrec’s suppression of results from a number of commissions, including BIBA, to Mr Mazzuli, following the appointment of Boxrec as joint Official Record Keeper for the ABC, along with long time Official Record Keeper Fight Fax.

Mr Di Caro, with assistance from former ABC President Tim Lueckenhof and International Boxing Federation (IBF) Rating Director Anibal Miramontes, compiled a dossier of cases of not just the suppression of results but also ‘doctoring’ of boxers records and clear cases of boxer endangerment, due to Boxrec’s failure to update boxers records or event results, which were submitted to Mr Mazzulli.

Mr Mazzulli sent an e.mail to both Boxrec and FightFax with the heading “Boxrec – details of record manipulation and failure to list events or update records.” In which he wrote; “In an effort to resolve this issue, all ABC Boxing Record Keepers will actively recognise and record all pro boxing contest for all commissions (including those in the United Kingdom) that are sent in by those Boxing Commissions that are recognised by the ABC”

Mr Mazzulli’s instructions were clear enough, yet Boxrec continued to ignore the ABC edict and continues to do so even today, as is clear by this latest case, yet the ABC took no further action against Boxrec.

Due to the lack of action by the ABC, Mr Di Caro submitted substantial case files to the Federal Trade Commission (FTC) highlighting Boxrec’s inaccuracies and failures.

In the article Mr Di Caro referred to an e.mail from another former ABC President, Mr Greg Sirb to Mr Mazzulli in which he stated  “I have become increasingly frustrated by the way Boxrec (Marina) has single handedly decided what fight results shall be included in the ABC database. Boxrec like Fight Fax is a record Keeper, that is it, they are not a commission, Boxrec does not decide what is a good result and what is not, the fact is that if a boxing result comes in from a commission (anywhere in the World) that result must be posted.”

Yet even after receiving that e.mail, no action has been taken by the ABC to ensure Boxrec complied to Mr Mazzulli’s edict that Boxrec must actively recognise and record all pro boxing contest for all commissions (including those in the United Kingdom).

The current case also highlights the direct involvement of Daniel Kinahan, who is a known leader of an organised crime syndicate that the US Government placed a $5Million reward for information that leads to the arrest of Mr Kinahan and other high ranking leaders of the cartel – Link to Sky News article

Mr Kinahan recently received vocal support from Mauricio Suilaimán, President of the World Boxing Council (WBC) – Link to Sunday World article – at a time when the US Ambassador for Ireland Claire Cronin called for the Boxing World to cut ties with the gang boss – Link to AP article on Yahoo

The case submitted to US Courts will have significant affect on a number of British Boxers, who are signed to and receive financial support from Mr Kinahan and/or MTK, as well as the British Boxing Board of Control (BBBofC) who license MTK promoter Lee Eaton as well as sanction MTK events in the United Kingdom, despite being fully aware of that the financing of these events is from the proceeds of serious crime.

Robert Smith, the general secretary for the British Boxing Board of Control, stated last year there is nothing the BBBofC can do to prevent the continued involvement of Daniel Kinahan in the sport, as he is not licensed by them. – Link to article in the Guardian

The effect this case could have on the boxing world is far reaching, one that is likely to not only highlight the corruption that is rife in the sport but also affect some of the UK’s top boxing stars, those whose careers have benefitted greatly by them receiving ‘dirty’ money from Kinahan or MTK.