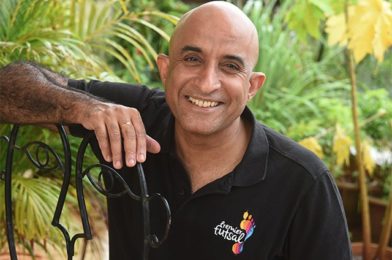 Balu Nayar, former Managing Director of IMG India has joined the board of London based Go Sports & Entertainment Limited as Head of Global Corporate Strategy and Planning, and also assumes the role of Managing Director (Asia).

Speaking from his home in Mumbai, Balu said of the appointment  “I’m delighted to join a dream team with incredible experience across sports and entertainment.

“We will look to build a valuable business that gives great value to today’s audiences, sportspersons and sports entities around the world, taking advantage of the varied opportunities that exist in the ecosystem globally.”

During his distinguished career Balu Nayar has created two multi-billion dollar businesses from scratch, in the mobile Internet and sport sectors.

The first was the mobile Internet and VAS business at Hutchison Telecom, that was valued at $3.2 billion when sold to Vodafone.

The second was the IPL, where he and his team designed, developed, marketed and monetised the IPL, cricket’s most valuable league, valued at $6.4 billion.

As part of Yahoo’s Connected Life business, he was Regional Director APAC, driving mobile and broadband initiatives in the region, and working actively in Silicon Valley too.

It’s not just businesses that Balu is highly successful in developing, he has also founded the world’s largest online blood donation network, which was mentioned in the Mary Meeker Internet Trends Report 2019 – there are more than 15,000 donations made and around 3000 lives saved every year.

Balu is an alumnus of IIT Kharagpur and did his MBA from IIM Bangalore.

Go Sports & Entertainment Limited (GSE) is a multi disciplined broadcast media services company based in London, UK that focuses on investing in and building valuable new sports properties, as well as providing them with a data driven global footprint across a range of digital media.

GSE also assist clients to monetise their properties not only with conventional broadcasters but also within the brave new digital world of OTT and CTV connectivity.