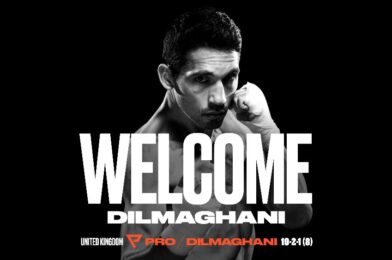 Crowd pleasing super-featherweight Alex Dilmaghani has signed a promotional deal with Probellum in a bid to revive his world title dream.

The 29-year-old was involved in back-to-back Fight of the Year contenders and is ready to use Probellum’s global backing to showcase his all-action style to the biggest audience possible.

Dilmaghani drew a thrilling IBO world title fight with Francisco Fonseca in 2019 before being stopped in the final round of a humdinger for the European title the following year against Samir Ziani.

Now the Surrey-born southpaw is itching to return to action and is eyeing three bouts under the Probellum banner in 2022 to help push him back towards world title contention.

“I am very pleased to sign with Probellum, they are a massive player already and are only going to get bigger,” said Alex Dilmaghani, who holds a 19-2-1, 8K0.

“With the amount of shows and co-promoters that they have worldwide, I am thrilled to be able to showcase my style to the widest possible audience.

“Together I am confident that we can achieve my goal of becoming world champion.”

Surrey-born Dilmaghani has been a boxing globe trotter having lived and fought in Canada and Mexico for spells during his career, but the 5’8” puncher is currently training in Manchester under the watchful eye of former lightweight champion Anthony Crolla.

“Alex is another great addition to the Probellum stable,” said Richard Schaefer, President of Probellum.

“We have seen in his two most recent fights that he has a fan-friendly style and we are determined to get him the big fights in front of the biggest audience possible, so he can do what he does best and put on a real show.”

“I’m really pleased to get a deal over the line for Alex, he is an exceptional talent who we really believe can go on and win major titles with Probellum backing him,” added manager Lee Eaton.

“Activity is key for Alex and that’s what he is going to get partnering with Probellum. These are exciting times for him and we look forward to seeing his career continue to succeed.” 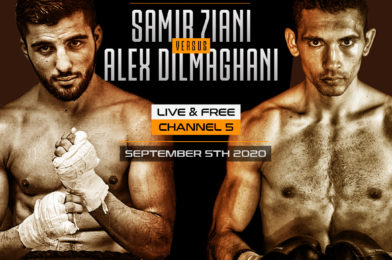