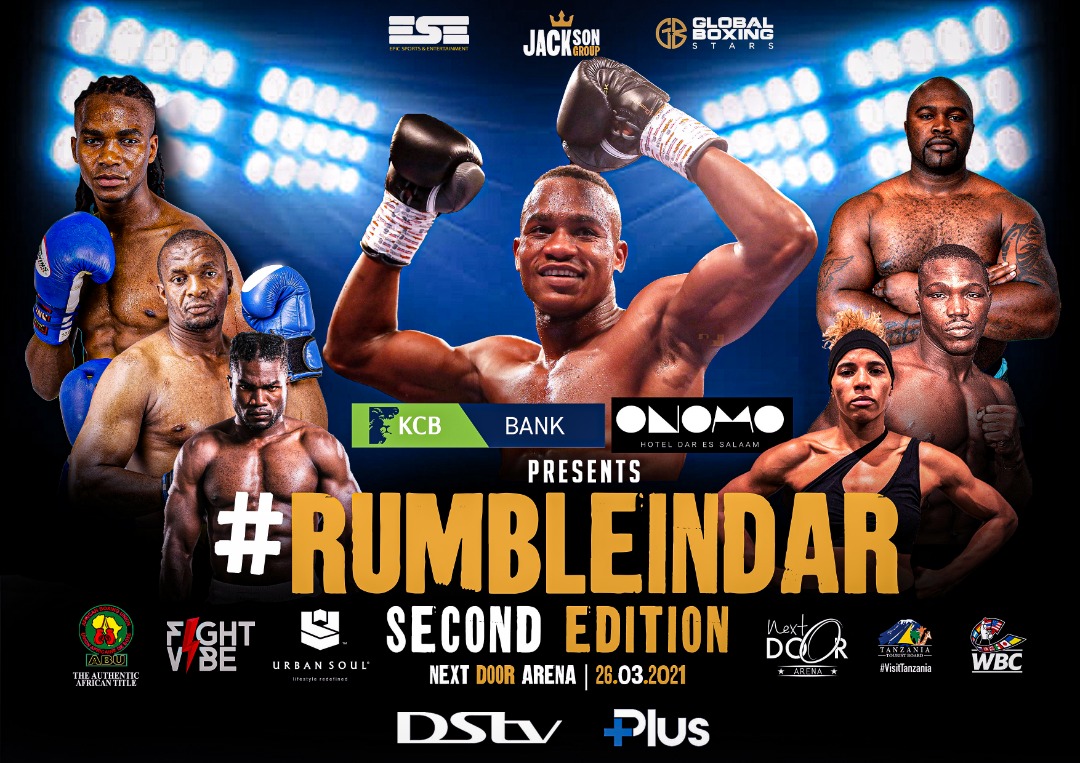 Rumble In Dar series co-promoters The Jackson Group, Global Boxing Stars and Epic Sports and Entertainment, today announced that the Second Edition of the series, that was due to take place at the Next Door Arena on March 26th, has been rescheduled to April 9th following the passing of President John Magufuli on Wednesday.

“Following the passing of President Magufuli, we have decided to to reschedule the March 26th event so that we and the people of Tanzania can show our respect and observe fourteen days of National Mourning.

The headline fight on second edition of the Rumble in Dar series sees Tanzania’s Hassan Mwakinyo (18-2-0) in action against Zimbabwean Brendon Denes of Zimbabwe (8-0-0) for the the vacant WBC Africa (WBC-ABU) Super Welterweight Championship.

Eight further international contests, featuring fighters from around Africa as well as Ukraine and Bulgaria support the two championship contests.

The event will be broadcast live across Sub-Saharan Africa exclusively by Plus TV, which is available exclusively on DSTV channel number 294 in more than 30 African countries as well as syndicated globally to linear and digital channels (check local channel listings) and on-line at FITE TV.