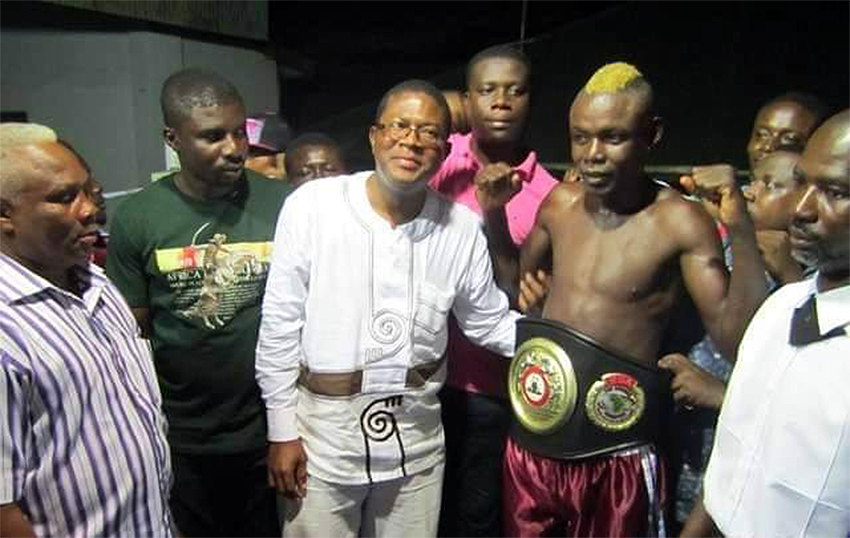 Earlier this year McAllister travelled to Ghana, where he fought and beat Collison Corley, much to the chagrin of Djarbeng, who clearly felt it should have been him, as the Ghanaian had been calling for a rematch ever since the 2019 defeat.

Djarbeng, who had been highly vocal about his performance back in 2019, said in a recent interview with GNA Sports;

“I am grateful for this opportunity to come and redeem myself and get the win I deserve.

“Since we fought I have won both my fights inside the distance.

“I broke my finger in the run-up to the last fight, I should not have fought, but did.

“He isn’t big enough or strong enough at the weight to beat me when I’m fully prepared to fight, and I am this time.

“He knows I’m too big and strong for him and I want to prove to the world I can beat him.”

LET BATTLE COMMENCE IV, in association with ACREO, Bounty Competitions, Empire Pro Tape and Go Sports & Entertainment, is co-headlined by Lee McAllister versus Richmond Djabeng and Neeraj Goyat versus Tackie Annan will take place behind closed doors at the Northern Hotel, Aberdeen on the 29th May 2021 and will be broadcast live on FITE and VIVA LIVE TV as well as further linear and digital channels globally (please check local listings)