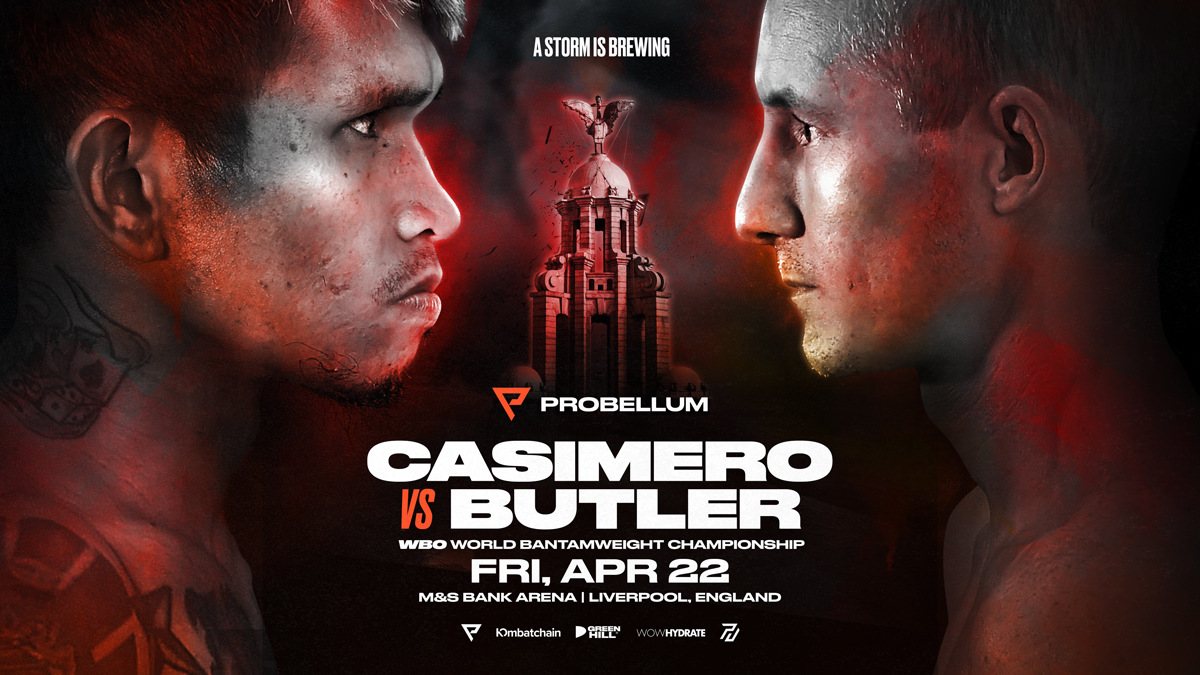 Butler will lead a stellar list of big-name fighters such as former WBA super middleweight champion Rocky Fielding, next generation stars including Liverpool-born brothers Peter and Joe McGrail, and the highly rated duo of Will Cawley and Luke McCormack.

In the night’s main event at the M&S Bank Arena, Filipino Casimero (31-4, 21 knockouts) puts his WBO bantamweight title on the line against the UK’s Butler (33-2, 15 knockouts) in a bout which was originally due to be held at Probellum’s inaugural December 2021 show before Casimero was unable to make weight.

“Liverpool is one of the most passionate boxing cities in the world and we are delighted to be holding our first show at the M&S Bank Arena in April,” said Richard Schaefer, President of Probellum.

“This is an absolutely fantastic card featuring a combination of world-class fighters, extremely talented aspiring stars and packed with local talent whose fans will no doubt create a truly unique atmosphere.

“With the likes of John Riel Casimero, Paul Butler, Rocky Fielding and the McGrail brothers all set to put on a great show, we fully expect some thrilling fights and a fantastic occasion.”

Local fans will be in full voice supporting recent Probellum signings the McGrail brothers, Peter (2-0, 1 knockout) and Joe (1-0, 1 knockout), who both secured second-round stoppage victories when they fought at the M&S Bank Arena on the Connor Benn versus Chris Algieri undercard in December.

Also on the card are the Probellum duo of rising-star Cawley (1-0) who will be aiming to build on his impressive debut victory in November 2021 and former Olympian McCormack who is set to make his professional bow following a superb career at amateur level, during which time he represented Team GB.

Tickets for the Liverpool show can be purchased HERE.