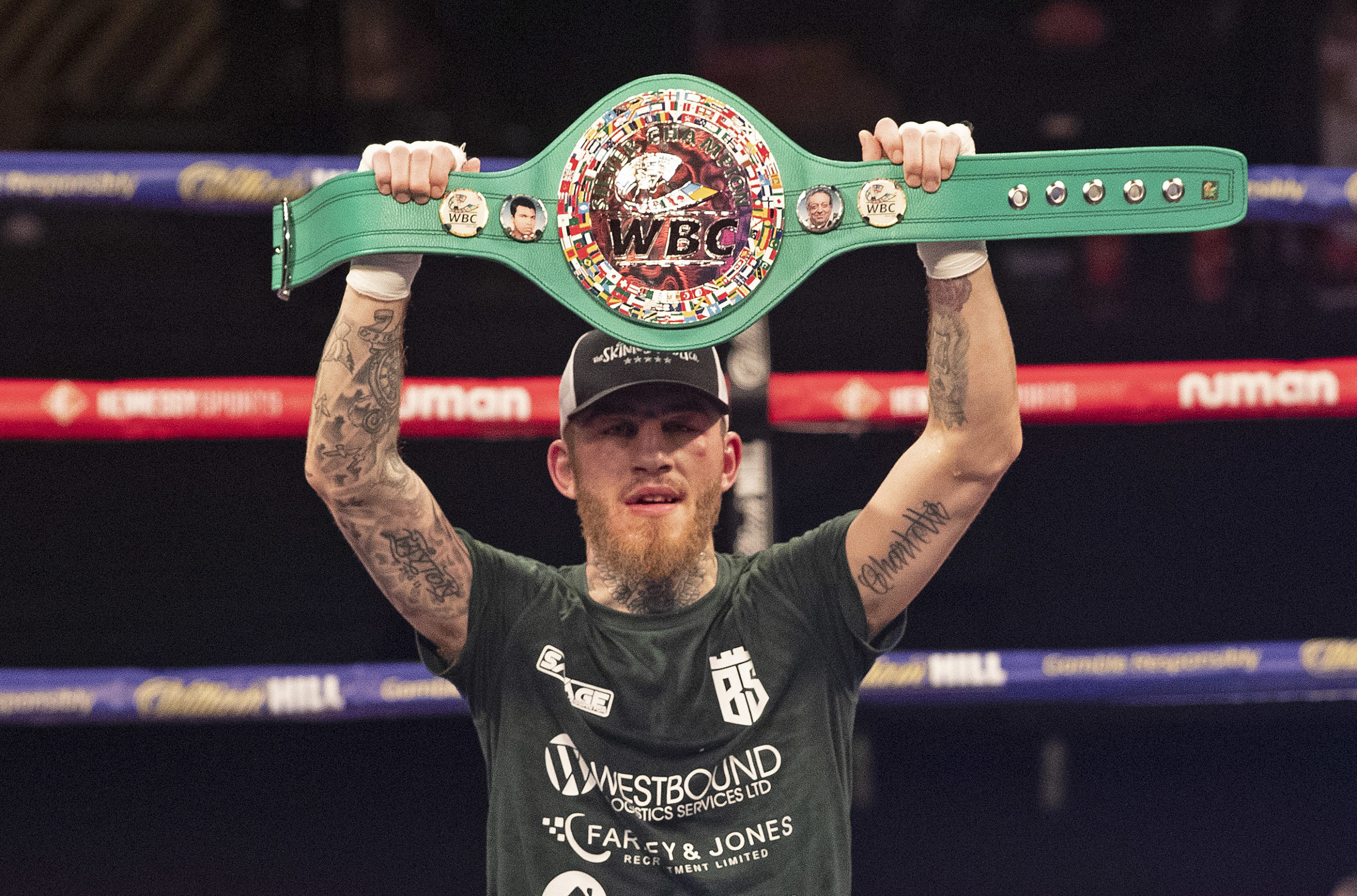 Eggington, 27, knew he would be in a battle with Molina, who had never been stopped 50 fights, and had prepared hard at the famous Eastside Gym with renowned trainer John Pegg.

The hard work paid off as Eggington registered his first victory over a Mexican opponent and with the new belt will gain a top ten ranking with the WBC as he close in on a dream World title shot.

In a two and fro battle, the action rarely stopped and both landed hurtful looking shots but not managing to land anything decisive.  Eggington looked the bigger and stronger, but Molina was constantly throwing and moving on his feet.

He said afterwards, “I can see why the likes of Chavez, Jr., Mike Alvarado and James Kirkland couldn’t stop him and had trouble against him.  I knew Mexicans were tough, but that was a good solid test for me.  He was experienced and knew how to shrug things off.  The win really puts me up there in the WBC rankings.  I know I’m getting very close to a World title shot now, I’m happy to box at middleweight or super-welter, wherever and whenever the best opportunities present themselves.

Red hot Irish ace Stephen McKenna didn’t waste any time against Poland’s Damian Haus and made it another sensational stoppage to take his record to a perfect 8 fights and 8 knockouts with five of them coming in the first round.  McKenna smashed away at Haus’s body and with heavy chopping right hands to break him up before the referee stepped in.

Kaisee Benjamin won his Eliminator for the British Welterweight title after his opponent Martin Harkin didn’t come out for the eight round after he was dropped in the seventh round with a hard body shot.

Former British Light-Heavyweight Champion made a hard-hitting return to the ring to defeat the tough and durable Jermine Springer.  In the fourth round, Pitters hurt Springer with a big right that caused the referee to jump in and wave it off.

Birmingham middleweight Idris Virgo was pushed the full six-round distance against the experienced Lewis van Poetsch, but won comfortably on a score of 60-54.

Irish talent Brett McGinty saw off Oldbury’s Dwain Grant in his second pro outing winning every round on the scorecards.  The Donegal prospect was too quick and sharp for Grant, landing an accurate left jab and pinning Grant to the ropes and working his body with the trademark vicious hooks.

Brighton’s big-hitting heavyweight talent Tommy Welch opened the show and quickly destroyed Lithuanian Dmitrij Kalinovskij.  Welch, the son of former British, Commonwealth and World Title challenger Scott, made his pro-debut last December and followed that up with another devastating performance, dropping Kalinovskij three times before the referee waved it off.