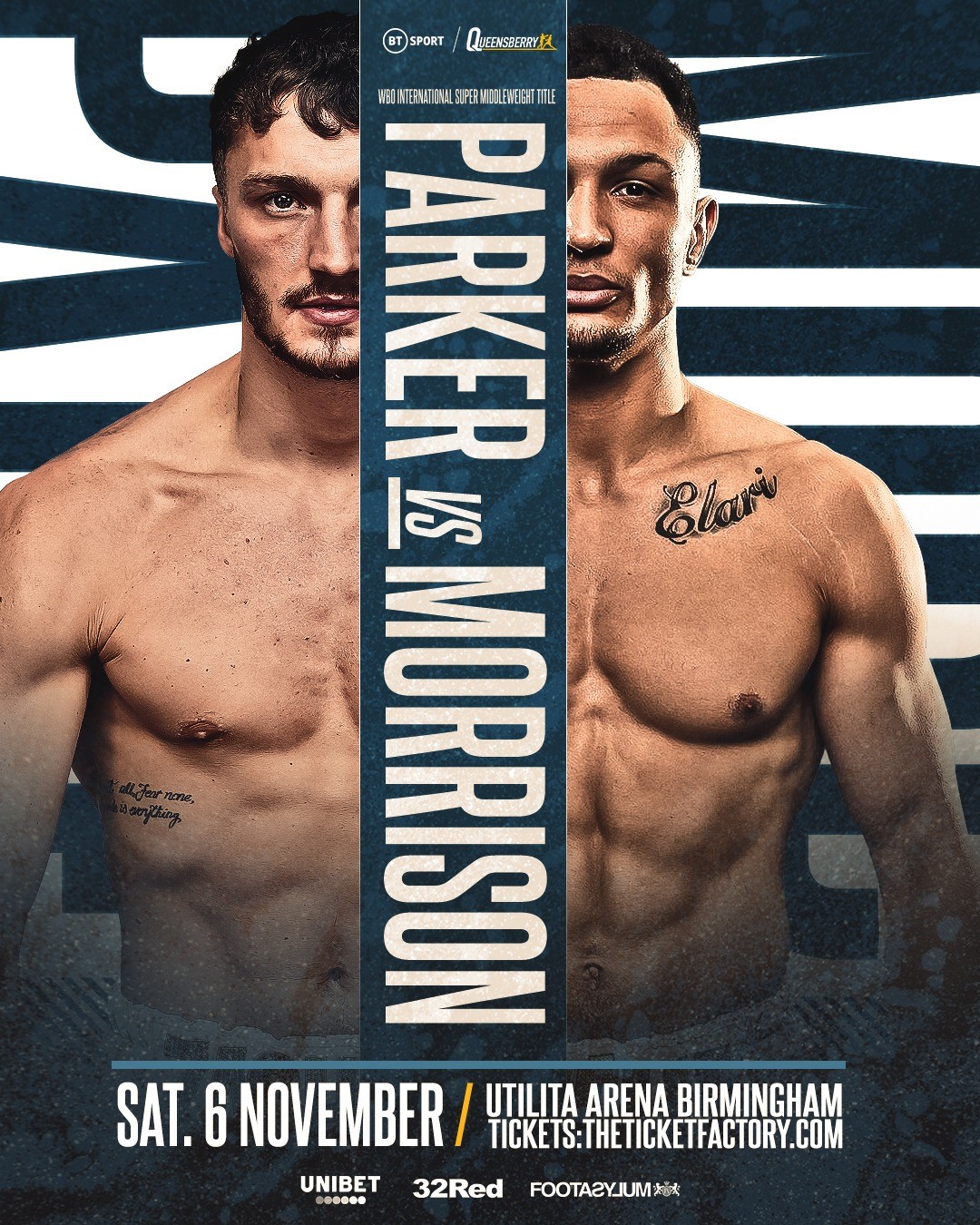 The champion won’t just be risking his crown, but also his status as number one contender in the rankings for the WBO World title held by Canelo Alvarez when he faces Manchester’s Morrison.

Hall of Fame promoter Frank Warren is predicting fireworks when the pair clash in the Midlands on Bonfire weekend.

He said: “It’s a fight I am delighted to have made and it’s a contest that should bring out the best in both guys“Zach is a Queensberry fighter and I believe he wins, but he needs to fight solid opponents like Marcus while he waits for his World title shot.

“Marcus knows this is another great chance.  Zach knows that he will bring his best on fight night.

“Zach is one of the avoided men in the division, but the moment Marcus and his team knew there was interest on our side they moved quickly. They believe they can spring an upset.

“I believe fans in the arena and BT Sport viewers will see a fight between two guys who have ability and ambition.”

Parker (21-0, 15 KOs) will be making the second defence of the title he won with an impressive stoppage of American Vaughn Alexander in march.

The Neil Marsh managed boxer made it five wins on the spin in July when he knocked out Sherzod Khusanov in the first round.

Former Manchester City player Morrison (24-4, 16 KOs) has seen his career kick on since July 2019 when he travelled to Italy and upset former European champion and World title challenger Emanuele Blandamura in nine rounds.

In May he took on Chris Eubank Jr and pushed him all the way before going down on points after ten rounds.